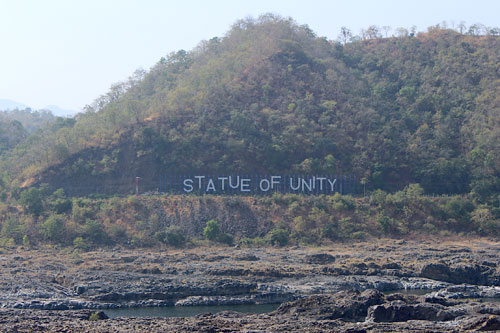 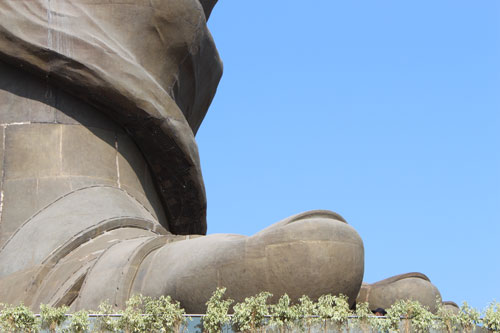 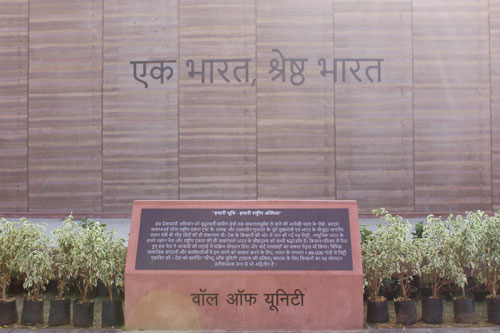 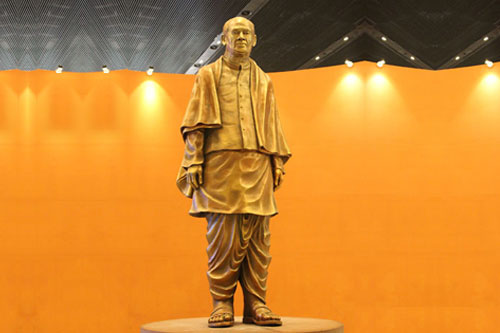 The latest addition to our “places to visit in India” and “Places to visit in Gujarat” definitely is the much talked about Statue of Unity. Dedicated to Sardar Vallabhbhai Patel, the iron man of India, the statue indeed is a creation par excellence. We take you on a tour to Sadhu Bet, the island which the Statue stands on, today.

To start with, there are three different tickets available for the visit – one that takes you all the way up to the observation deck, the second one that allows entry till the base of the statue and the museum too and, the third one that gives you freedom till the gates of the walkway to the statue only. Our advise – go all the way up for that experience.

The statue is built on an island in the river Narmada – Sadhu Bet named after a monk who prayed here. The destination is easily accessible from Surat, Ahmedabad and Vadodara the last being the closest and most preferred ; just 96 kms. Buy your tickets online and drive to Kevadia, Rajpipla Gujarat. Just 14 kms from the statue and you see the first hazy silhouette of the mighty iron man! Seven kms from the statue is the barricade or the gates where you are required to show your tickets, park your car and queue up for the shuttle buses. In no time you hop onto one of these comfortable buses and are on your way to your appointment with the world’s tallest statue! There are guides on each bus who speak fluent Gujarati and Hindi with knowledge of English too. In view of generating employment and uplifting the nearby villages, these guides are men and women, girls and boys from the same region itself. With a little training, they are now the face of tourism at The Statue of Unity. They would share the vital details of the project and keep you amused with trivia during your very short ride. Keep looking out to your right as that is where Sardar Patel stands. What a sight it is when you get those first glimpses. Mighty as can be!

You arrive at your destination and disembark. The local natives have set up some make-shift kiosks around here and sell snacks and toys still trying to figure out as to what would appeal to the urban visitors. They are learning and evolving. Just as you lift your gaze up from the tiny market , lo and behold the tallest statue in the whole wide world catches your eyes! The pathway from the bus drop point first leads you to the Wall of Unity which is made with soil and iron collected from a whopping 1,69,000 villages! A true tribute to the son of the soil, a farmer’s son, the soil and iron from these many villages was collected and used in making of the statue as well as this wall of Unity. The colour, texture, fragrance, minerals present in each soil give it a multilayered, multihued look.

Move on and show your tickets at the entry point of the walkway to the statue. The walkway is some 300 meters long and has travellators on both the sides. Walk the distance or just hop onto the travellator. The short walk / ride takes you to the platform on which the museum is built. The statue stands above the museum. Enter the museum for an insight into the making of the grand structure and also the life and times of the great personality it is dedicated to. A prototype of the statue adorns the centre of the museum that glows orange, heels tap on the shiny granite floor, utilities on one side and the path leads you to a small theatre where a short movie depicting the life history of Sardar Vallabhbhai Patel plays. Into the library and out next to the elevators. Queue up for your ride up and in no time you are 400 ft above the base of the statue which is roughly around 40 floors up!! The observation deck is created around the chest of Sardar Patel and we peep through his jacket at the Narmada below. Your ticket entitles you to two hours in the deck, but there isn’t much to do here other than gazing at the mighty river and taking many many pictures. Take your ride down and you would exit at the base of the statue which is the roof of the museum. A flight of stairs and you arrive at the feet of the statue which are almost double your height! A closer look from here and you can see the minutest details that the artisans have taken into consideration, like the skin texture on the hands, the nails, the tassles hanging from Sardar Patel’s shawl. A lot of scientific knowledge goes into creating such majestic structures and the many air passageways below the jacket of the statue clearly show that. Wind direction and sun direction were considered before deciding which direction the statue would face. The breeze as strong as it might get, loses its strength when hitting the statue as there are vents and passages made for letting the wind pass and not destabilise the structure. You can spend as much time as you want here and then descend the stairway / escalator and while admiring the “Hollywood” style signage of “Statue of Unity” walk / ride back to the main entrance.

The food court is to your right as you exit the statue premises. Above the food court is the viewing gallery for the daily light and sound show. The food court has many local and international snacks to choose from. Beverage options galore too. A souvenir shop that sells replicas, magnets, t-shirts, caps, mugs and the likes and you are headed back to the bus stop. Hop onto any bus that is leaving and your ride through the Sardar Sarovar Dam begins. The bus has a couple of stoppages on its way out. You would not be taken out from the route you came by. The first stop is the valley of flowers. The immaculately landscaped gardens grace the whole valley where flowering plants have been planted in beautifully laid out patterns. This too is a sight in itself. Soak in the beauty of a river close by, the tallest statue in the world and the vibrant colourful valley of flowers. Again, you may take any bus from here.

Next stoppage is near the Sardar Sarovar Dam. Another wonder, the Dam itself is a magnanimous structure making it one of the largest in the world. The flora and fauna around here and the beautiful Narmada take your breath away. A bird watchers’ paradise, may we add. Next stop on the bus ride would be on one of the Sarovars or lakes where The newly set-up tent city can be seen on one side and a huge water body on the other. A lot of birds can be seen here, and lucky you are if a crocodile might also make a rare appearance. Moving on, we cross another phase of the tent city as the road snakes around lakes and hills. This tent city sits flanked by the lake on three sides and the road to one. The ride comes to an

A statue of Goddess Khodiyar sitting on a crocodile can be seen near the entrance. Find your car / bus and leave for your next destination with a realisation that you just witnessed the tallest statue in the world and visited one of the largest dams in the world!